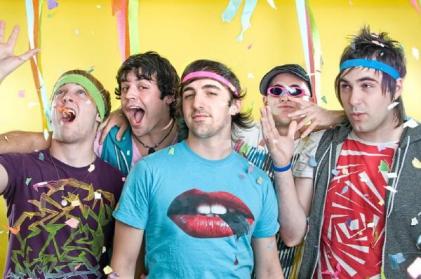 Mercy Mercedes hails from the streets of Greensboro, North Carolina where they have molded a new wave of pop rock music with a craze that will make you want to throw your hands up in the air and sing along. After recently acquiring a full-time touring schedule and self-releasing their own EP “Casio Rodeo” (produced by Paul Leavitt), Mercy Mercedes went on to sell over 4000 cd’s online and on the road in a matter of a few months. Not long after, they inked a deal with The Militia Group and are planning big plans for 2009 and beyond. Expect a full-length record in early ’09 and full US touring throughout the entire year. There’s no telling where you’ll see these 5 young gentlemen in the coming years but you can rest assure, they’ll be moving on up!