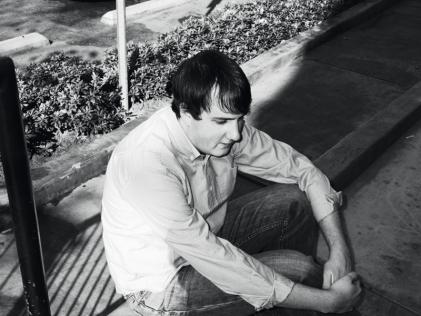 Scott Windsor, the man behind “the lyndsay diaries”, has had his share of tragedy. “A little over a year ago, my best friend casey and i were in a serious car accident. Casey was thrown through the windshield and left paralyzed from the waist down.” with the burden of the astronomical medical bills, Scott proceeded to put together a benefit concert in their hometown of st. louis. Scott organized the whole thing and also wrote a song about the experience – dedicated to his best friend. He didn’t plan on performing it at the show, but there was an overwhelming pressure from the concertgoers to debut the song. That was the first time “Whispers of a Long Goodnight” was not only heard but also tugged at the hearts of everyone present. “‘Whispers..’ was the first song i ever wrote and i never thought of writing anymore.” but luckily for us, Scott didn’t stop there. His friends would ask him for a copy of the song and pretty soon he had given out more then 500 copies of “Whispers of a Long Goodnight.” Since then Scott has compiled a list of songs that cover topics such as tragedy, friendship, triumph, love, loneliness, etc. “Casey is my best friend and my biggest fan – i write these songs for him.” and luckily for the rest of us – we also get to listen and be touched.