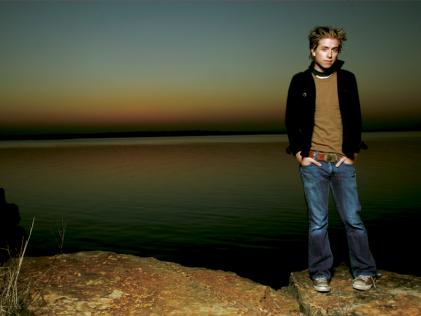 22-year-old Bryce Avary is the man behind The Rocket Summer, a piano and guitar-driven rock n roll project that slams home a message of belonging. As a talented multi-instrumentalist, songwriter, and producer, Bryce has proved himself as the epitome of the hard-working musician. This hard work has developed a modest, but cult-like following of fans that rally around the warmth and connection created between Bryce and his listeners.

“The TRS family of fans are absolutely amazing people. I don’t know what I would do without them. This isn’t a huge band by any means, but I feel that there’s definitely something special going on and I hold it very dear to my heart. I’m really blessed to get to do this. It’s been a load of hard work, but getting to hang out with new people, make music, and play shows with other bands that love music, it’s unreal.”

Since the age of 14, Bryce Avary has been obsessed with music, making records, connecting with people, and touring the world. With such energy and talent, it’s safe to say that Bryce is on the way to widespread recognition. After The Rocket Summer’s debut release, “Calendar Days” on The Militia Group, TRS developed an underground following in the U.S., which quickly spread abroad. Soon, TRS travelled to Japan, where Bryce and Co. rocked the legendary stage of the Summer Sonic festival in 2003.

Bryce remembers it as a whirlwind trip leading to a headlining tour and great radio play. “That was such a surreal moment. Before Japan, I was in the middle of a U.S. tour playing in front of 30 people at a Long Island bowling alley. Two days later, I was performing at sold-out arenas in Japan. It was so crazy!”

In addition to numerous headlining U.S. tours and the Japan rush, TRS has supported The Atari’s in the U.K. and trekked the U.S. with the likes of Something Corporate, Ash, Copeland, Recover, The Format, Relient K, Mae, and Maritime.

In November 2004, Bryce teamed up with producer Tim? O’Hier (The All-American Rejects, Sebadoh, Hot Rod Circuit, The Jealous Sound) in Brooklyn to record his second album “Hello, Good Friend.” This new album showcases the diversity in Bryce’s musical mind with honesty and sincerity. Slated for release in May 2005, “Hello, Good Friend.” will say hello to the world while Bryce and Co. take to the road and make new friends to add to the family.