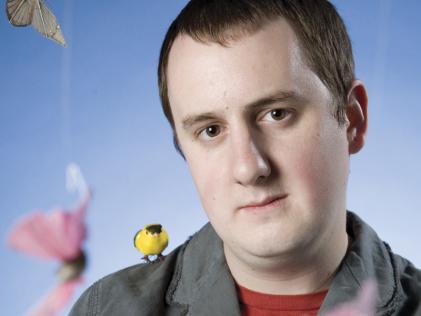 Luzern, Switzerland- October 2001. I had a rare opportunity to sit and pick the brain of the reclusive S. Windsor who is like a professor with wisdom one would covet, and shares his thoughts with quiet selectivity. We sat, pint in hand, in a low-lit 300 year-old pub filled with heat from the fireplace and Thursday night chatter. The mood of the room was warm and inviting yet distant, as if an empty breeze snuck through the large oak door. (Looking back, those detail somewhat parallel the music of Umbrellas.) Not much in common to start with, just two people who spoke the same language. We went over many things but starting out, I so un-inspiringly asked where the name came from It seems as though it all came out from there. Sometimes a name is just a name. If you want a grandiose story of what it all means, here you go. Recording an album in an old creaking hotel that used to be a mortuary has its ups and downs. There was so much history you could literally feel. We’d record downstairs in the daytime and then at night we slept upstairs. All those empty rooms, the draft, the never-ending treacherous staircase that I constantly dared myself to travel, and the spiders. I felt as if I was always being followed by spiders that looked like broken umbrellas. They seemed to map themselves across our minds in the process of creating the album. And there you have it, your little story. So tell everyone that’s where the name came from. So much of the actual process seems to have manifested itself in the debut album from Umbrellas. Partly because they were formed in many different cities, each song gives off different spirit in its own right. Fittingly, “Ghost” was the first collaborative effort for the band that would be Umbrellas. Written in Oklahoma with kindred spirits sharing contrasting ideas, a new feel for the song took shape. Working with friends served as food for structuring, as the songs changed completely with each notion. Another song came about in the exact opposite way, showing S. Windsor’s many levels of thought and his diversity in writing. With a bottle of whiskey, Windsor sat in a room alone and bright in St. Louis. He vividly and candidly constructed “The Black Dress” in one night. Though the song came together fantastically, it was then haunted with the absence of the full Umbrellas collective. With the addition of soulful handclaps in the background and a 70’s guitar/bass conversation between band mates, the song became what it was meant to be. This track is a blithe, yet grey story of the push and pull between girls and boys. The music of Umbrellas is honest. The colour and variance that each member adds to this group is both the reason the band exists, and what keeps the music moving. Where Windsor’s lyrics in a song may be a bit macabre, the music is easy on the ears with bright and hopeful instrumentation. This wasn’t supposed to happen. Umbrellas were a free-form collaboration between paralleled souls, and wasn’t intended to be a band that will eventually tour and put out records. This fact in itself tells the tale of the mystery, contrast and echoing beauty in the writing of the collective known as Umbrellas.